Legacy to our grandchildren 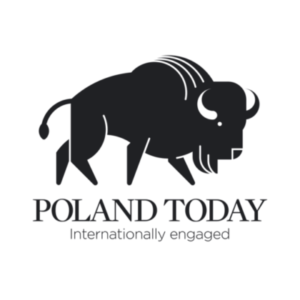 Ahead of December’s COP24 UN Climate Change Conference in Karowice, and with air pollution a mojor challenge facing the country, Poland Today takes a brief look at the issues facing the Energy sector and initiatives aiming to turn the tide.

Global Climate change and environmental issues are a growing concern worldwide. Despite efforts to improve conditions and prevent irreversible damage of the planet, the road to recovery is long. In Poland, pollutants, deforestation and lack of clean energy pose a threat to its ecosystem. However, the country may be turning over a new leaf and taking a stand to create a sustainable environment. Prime Minister Mateusz Morawiecki declared that tackling environmental issues will be on of his government’s priorities. „Air, wate and land belong not only to us, but they also belong to future generation, and the state in which we leave these resources to our grandchildren will determine our legacy,” Morawiecki told parliament in December.

According to the World Health Organization, in the European Region alone, exposure to particulate matter (PM) decreases the life expectancy of every person by an averange of almost 1 year. A 2016 WHO report revealed that out the 50 Eurpoean cities most affected by smog, 33 are in Poland. The organisation estimates that around 50,000 Poles die every year due to illness caused by air pollution.

The Ministry of Environment, responsible for environmental elements of the energy sector, including carbon dioxide (CO2) and other greenhouse gaz (GHG) emissions, said measures are being implemented. In the statement, the ministry said: „In the long-term perspective, we will Focus on reducing the so-called ‘low emissions’ phenomenon – emissions from very small, local boiler plants, dispersed individual combusion sources and means of transportation.” The Ministry also claims it will allocate approximately 10bn zł by 2020 to suport efforts to combat the smog problem and promote clean air initiatives. The plan of attack is to regulate and finance the termal modernisation of buildings. The main problems are that residents of single-family hauses use low-grade coal, have poorly insulated structures or have poor quality furnaces. Starting in July 2018, only boilers that meet the highest emission standards can be purchased and the regulation also restricts the installation of emergency grates in boilers which are usually used to incinerate municipal waste. In addition, under the Environmental Protection Law Act, local authorities will be allowed to inspect private homes and issue fines for burning unauthorized materials.

Kraków, a city that has struggled for years with its air-quality reputation, has now created an ambitious cleanair programme and is implementing an ever growing numer of anti-smog initiatives, including subsidised wholesale replacements of coal-fired heaters to environmentally-friendly ones, up to 6000 households a year. Some say regulation is not enought – education and awareness is equually important. This is why, with the suport of Kraków City Hall, the Kraków O2 initiatives was developed. The community Facebook page contains daily updates, facts, figures, research and information about the air quality in Kraków, available both in Polish and English. By posting and sharing content across multiple platforms, Kraków O2 invites foreigners living and working in Kraków to take part in the discussion. It also actively engages both national and local media, as well as multinational firms based in Kraków, to collectively help raise environmental awareness. Strategic communication expert, Łukasz Cioch, said the goal od Kraków O2 is as simple as to inspire the city to breathe much cleaner air. Cioch confirmed that coal heaters are the main source of winter pollution in major cities, as much as in small towns. He adds that the problem is particularly acute in smaller municipalities, where lack of awareness remains a very important challenge. While some of the big cities have become very active and transparent about the problem in the last few years, many of the small towns, facing comparatively higher pollution levels in winter, are not even aware of the gravity of the problem.

In the past, when electricity and gas prices went up, sulphur-rich, low-grade coal become a cheaper alternative. „This is why people think that it’s a good idea to use it, often unaware of the demage it causes,” he said. „Often, they don’t really seem to care what comes out of their chimneys.” This is where the awareness part kicks in. Some people develop a „father to son syndrome,” throwing rubbish into their heaters because that’s what their fathers did as a carelessly convenient routine, said Cioch. A lot of people still indulge this routine, without giving it much thought. To make tchem really understand the implications, they need a fresh, convincing perspective in their actions, one that appeals to both emotions and reason. By creating informative videos and sharing information from air quality maps and control stations, including live footage of smoke from little chimneys covering half the town, inhabitants may think twice before burning anything more than standard coal.

Adding to the mix

Poland is a coal country. Production of primary energy is mainly based on fosil flues and coal covers 50% od the fuel share, with oil at 26% and gas a share of 15%, according to the International Energy Agency. Jarosław Wajer, Partner at EY Poland said, „Lignit eis the cheapest fuel in Poland, but unfortunately it’s not very environmentally friendly.” The biggest problem in Poland is the price of electricity. Electricity is generated primarily (80%) by coal. Gas is twice as expensive as coal and power plants cannot be economically sustainable without suport from subsidies or long term Power Purchase Agreement (PPA) signed with a third party.

From what Wajer can see, he doesn’t expect the sector will have any major problems this year, despite the fact that more and more investors are announcing they are no longer investing in coal not just in Poland but worldwide.

Additionally, big international French energy investorsn decided to sell assets to state-controlled companies, which means that Polish government nationalized the market last year. Still, „2018 will be a positive year for the energy sector in Poland,” said Wajer. „The challenges will be renewables, distributed energy and the push for electric cars.”

Regardless of the difficulties, renewable energy can be a visable option to meet the energy demands in a country with insufficient oil and gas resources, according to the analysis published by Deloitte Advisory. „Public sentyment is shifting away from conwentional energy sources towards renewable power. At te same time suport for subsidising renewables is generally growing,” according to the analysis. Can fossil fuels be replaced by renewable energy? Over the years, alternative sources od energy habe become competitives with conventional generation and the energy mix keeps changing. „As predicted by the International Energy Agency, solar energy could be the world’s largest source of electricity by 2050. The question that needs to be posted today is not whether renewables will replace conventional energy sources but when this will happen and how much time the evolution will reguire,” started the report.

Another solution is to improve energy efficiency. Poland is one of the most material – and energy-consuming economies of the EU in terms of efficiency, according to the Eurooean Environment Agency. Construction and industry are responsible for consuming the most electricity, meaning they have the greatest potential to improve. With today’s concerns for thermal upgrading in residential buildings and instalations of energy efficient technology in commercial real estate, a reduction in energy demand in the economy will change the energy industry’s business model. „The trend in growing inwestments in energy efficiency, strenghtened by market uptake of energy efficiency technologies, regulatory suport, and rising electricity prices, will gradually remove subsidies for efficiency investments,” predicts Deloitte. In a global context, China is now one of the countries implementing the most extensive energy efficiency and renewable energy development policies in the world.

Water in Poland is mostly used in industry and public supply accounts for nearly 18% of water withdrawal. A 2015 report by European Environment Agency determined, „As a result of action taken in the area of water management, nitrogen and phosphorus discharges flowing through rivers in Poland to the Baltic Sea have decreased. Nevertheless, the quality of Surface water in some areas is insufficient.” Water used for bathing, specifically, cannot contain bacterial contaminations or microorganisms in amounts that exceed accepted levels. In a 2016 EEA report, 82% of all bathing waters achieved good or excellent water quality classification determined by the EU. However, according to a 2016 report by the Chief Inspectorate of Environmental Protection, in an ecological and chemical assessment of 474 lakes, 151 lakes were in good conditio while 323 were in bad conditio. Pollution leads to loss of water’s natural, recreational or economic values. The OECD report states: „Insufficient treatment of municipal and industrial sawage, saline water discharged form coal mines and pollution loads from diffuse agriculture are the main sources of water quality problems.”

To restore water quality in degraded water bodies with limited human intervention, Dr. Marcin Sitarek and a team of experts introduced a new method in Poland, based on technology developed in Japan, that is less costly and more effective than solution used to date. While previously used techniques for cleaning water reservoirs were based on mechanical and chemical methods, processes that cause excessive interference in the environment, Sitarek’s solution restores the lost balance naturally. A company which specialises in environmental protection technologies, ACS Poland, has used this method to restore over 350 different water reservoirs throughout Poland do far, including those commissioned by the local governments.

Rehabilitation of water is achieved by introducting a microbiological liquid preparation into an aquatic environment at strategically chosen zones. Przemysław Karwowski, from ACS Poland, said „We specialise in the removal of sediment and the biological reparation of aquatic ecosystems so that after the water in treated, the system can defend itself against external factors and changes.” The proces may take longer, but it works in the long-run by addressing the root of the problem rather than applying a quick fix. Karwowski said heavy industry and agricultural fertilizers have a negative impact on the environment.  He assesses that in Poland, a good portion of water reservoirs require intervention and reclamation.

Poland has made significant progres over the last two decades, however, a numer of environmental issues remain – particularly in terms of raducting greenhouse-gas emissions that contribute to climate change. Initiatives are being taken throughout the country to combat air pollution, promote energy efficiency and clean up reservoirs and lakes. In addition, the Polish National Strategy for Adaptation to Climate Change by 2020 aims to „ensure sustainable development and the efficient functioning of the economy and socjety in a changing climate.” The objectives is to implement measures in various areas including water management, health and transport. As the UN Climate Summit draws closer, Poland’s Focus this year may be decarbonisation, using more natural gas, building a Baltic pipeline and import gas from Norway. With these efforts to make changes, inhabitants of Poland can only hope to see the smog clear for future generations.